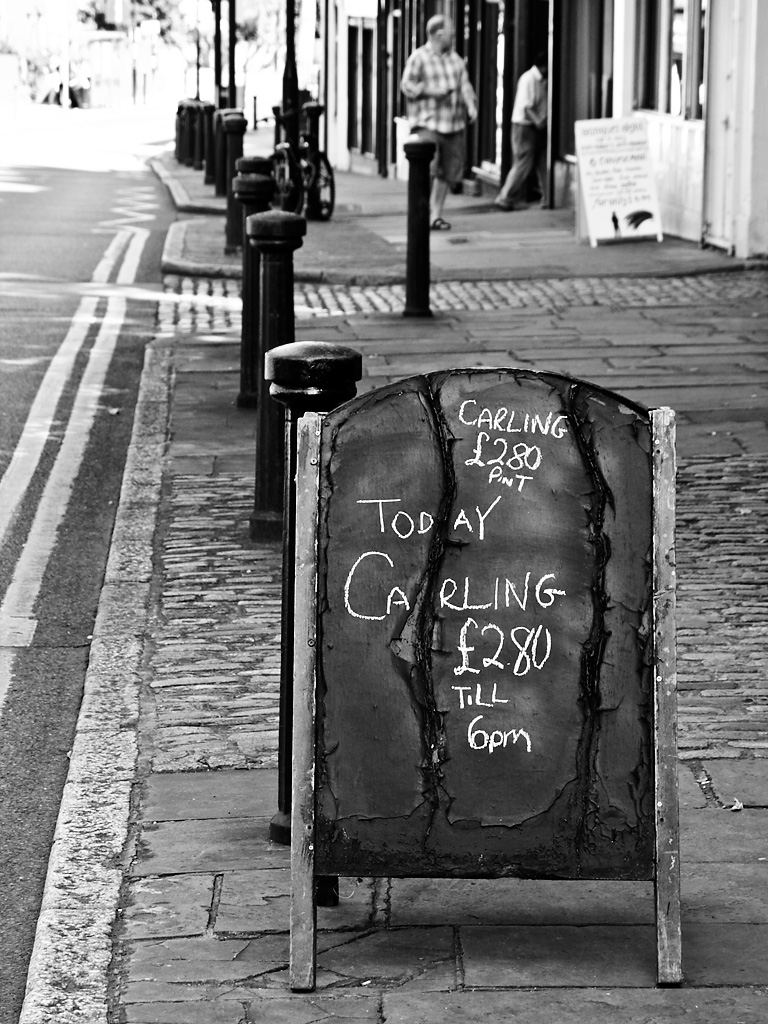 Make eye contact with the driver, we’re always told. Make sure the driver knows you’re there.

The thing is, though, the drivers who insist on edging forward over the stop lines, infuriated by the lack of machismo in your pedal-powered approach, are, by and large, the drivers who also insist that the windows of their Toyota Urban Cruiser are tinted to within two squints of opacity, just in case you dare invade their steel-plated privacy with your wary gaze, and catch a glimpse of… what? The semi-automatic on the dashboard? The blonde in the passenger seat? The attaché case stuffed with pristine fifties? The dog-eared copy of last month’s Men’s Health and ready meal for one in the Co-op carrier bag in the foot well? But of course…

So here we are again, playing the same old tedious game, on Charlton Park Road on a windy Monday morning in September.

He revs the engine, creeps forward, and I slow down, unsure if he’s seen me. This, of course, annoys him even more: on his left wrist, on a fat gold Rolex, gold-plated seconds are ticking past. So he nudges out even more, letting his front wheels, already angled left, roll well beyond the kerb edge. And I slow down even more, because now I’m seriously starting to think that he hasn’t seen me; or, more likely, that he’s going to pull out anyway, because having to wait for a mere bicycle to pass is more than his ego can bear.

I picture his right foot tense on the accelerator, desperate to push down and unleash a fuel-injected spurt of petrol and testosterone into the cylinder head. It’s so stupid, so futile. If he’d just waited, handbrake on, behind the line, I’d have gone past, and we’d both now be on our way. Instead, I’ve slowed almost to walking pace; because I need to be able to throw myself sideways, if he decides he needs to make a point.

Make eye contact with the driver. Make sure the driver knows you’re there.

In the seat behind him is a boy, maybe six or seven, playing with a computer game. He doesn’t look up when his father speaks. Maybe he’s wearing headphones?

What do you say? What can you say? It’s not like there’s one simple, withering word that would get my argument across.

So I ignore him, pedal past. It’s a grind in this wind. He overtakes me before we’ve reached Cemetery Lane, gunning the Toyota’s engine and swinging out much wider than he needs – if there were any oncoming traffic, he’d be in trouble, but the road is pretty empty.

I watch him go, then drop down a gear, drop my head too.

Up ahead, opposite St Luke with Holy Trinity, a lorry, hazards flashing, is parked outside the Bugle Horn, completely blocking the left-hand half of the road. The oblong canvas flap along the passenger side is unbuckled, and the driver and his mate are hauling metal casks of beer from the interior, crashing them down onto soft vinyl cushions spread carefully on the pavement. The Toyota has pulled up just beyond the lorry, I can see it on the bend, and the driver is walking back towards the pub. He’s wearing shades now, tinted like his windows. He’s angry. It seems he’s been forced to wait behind the lorry and then pull out. It seems there are double yellow lines. It seems he hasn’t got all fucking day.

The lorry driver pauses, foot resting on an unloaded cask, and listens to him. Then he shakes his head.

“It’s a beer lorry. The beer goes in the pub, you numpty.”

Yeah, I think, freewheeling past, numpty. 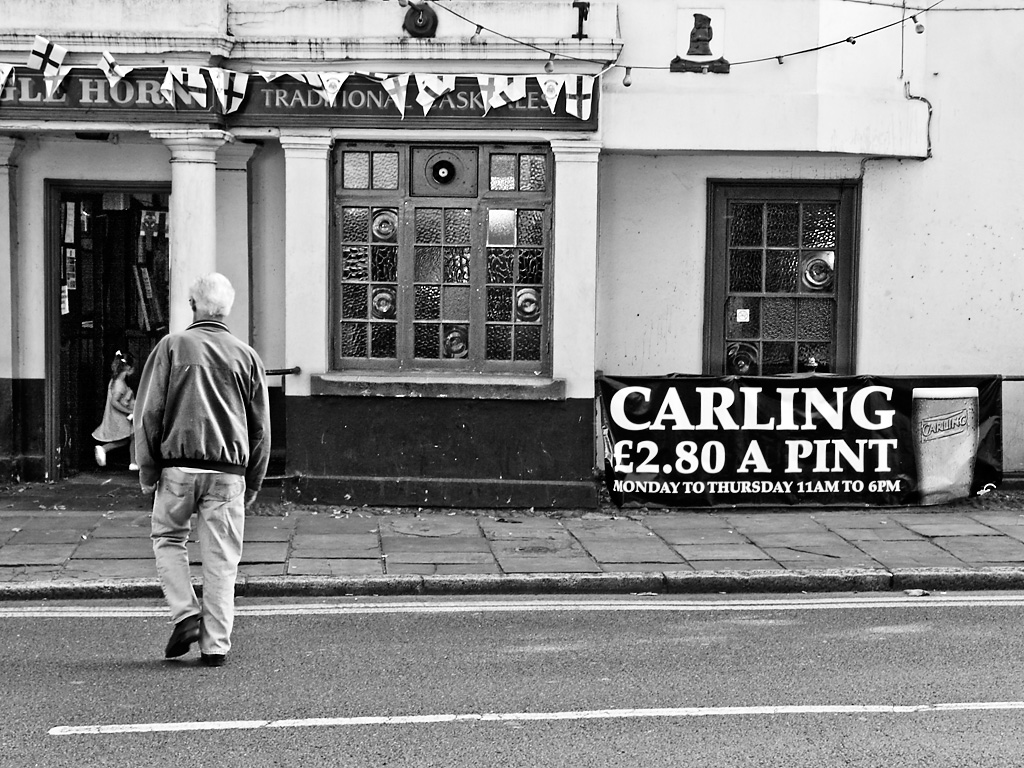 “Sorry, mate,” says the man on the footbridge, turning aside to let me cycle past. “Cheers,” I reply. He nods, tight-lipped, then continues urinating onto the Blackwall Tunnel Southern Approach.

After a surveyor’s report says that the social cost of levelling the playing fields of Eton might be incompatible with Tory spending plans, David Cameron tells a bright kid from the Walworth Road not to throw his knife and hoodie away just yet.

An unwelcome discovery on the meridian line makes me question whether padlocks have any role in a loving relationship.

A response to UKIP in not the only language its supporters don't understand: poetry.

A driver on the last remaining Routemaster service, the 159 from Marble Arch to Streatham, reflects on the relative inflexibility of women and buses.

René Magritte’s time with LT’s maintenance department didn't last long, as his playful signage at Stratford station provoked not only much philosophical debate in the canteen, but also a major hygiene problem on the southbound Jubilee Line.

Why the lack of recent postings cannot be blamed entirely on the inverse square law of gravitation and also definitely not on dragons.

How Monopoly stifles the very instincts that should engender success by insisting council planning departments impose draconian building regulations that allow for the construction of nothing but small green houses or big red hotels.

A melancholy reflection on whether baklavas, beer, aubergine rasavangy and an 82nd-minute equaliser at Brisbane Road can ever compensate for the existence of Boris Johnson.