This piece was written in August 2011 when the National Maritime Museum in Greenwich had just acquired a new extension thanks to philanthropist Sammy Ofer. 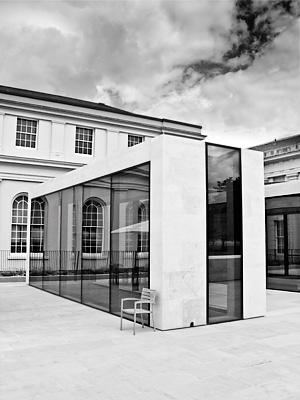 We’ve recently got back from Prague and, while there, we stumbled across the Franz Kafka museum. It’s a decent enough collection, though the confusing layout, perplexing explanatory texts and bewilderingly bureaucratic ticketing system (you need to apply three days in advance in triplicate and then hand your forms to a man in a black suit sitting in a windowless office in the basement who puts them in a grey cardboard box and directs you to a short flight of unlit stairs hidden behind a door marked No Access To Gift Shop) did leave us feeling vaguely persecuted. And it might also, it now strikes me, have been the inspiration for the new Sammy Ofer Wing at the National Maritime Museum.

One of the more baffling things about the National Maritime Museum has always been why anyone would go there, given it doesn’t have anything in it. The upper level, for instance, seems to consist entirely of a branch of Paul and a boundless expanse of open floor. In my more generous moments, I’ve sometimes wondered whether this is an attempt to make us contemplate the loneliness and solitude of nautical life – the infinite horizons, the silence of the sea – by juxtaposing uninterrupted emptiness with overpriced almond croissants and lukewarm cappuccino. Mostly, though, I’m more inclined to think that they had no money for actual ships.

Which is why news that the gallery was actually being extended, courtesy of Sammy Ofer’s millions, seemed extraordinary: what on earth were they going to put in all the extra space?

The answer, it now turns out, was simple: space. Because, taking inspiration from Mr Kafka, what we have here in Greenwich is a museum dedicated to nothing less than the hopeless absurdity of modern life; to alienation, nihilism, and nothingness. Witness, for instance, these two glazed chambers, protruding from the promenade above the park: room-sized display cases that display nothing, whilst anyone inside, gazing out at a world they cannot touch, is trapped like some giant insect in a block of perspex resin. Who, coming across these austere vitrines, could fail to be filled with terror and dread? Or be suddenly reminded of the inescapable void at the heart of all our lives, and of the pointlessness of existence itself?

Our so-called “National Maritime Museum” is, in short, nothing less than an exposition of existential angst – a gallery of nothingness, a miscellany of despair.

Well, presumably the marketing people have their eye firmly on the gangs of moody French teenagers trudging up and down to the observatory. Because one day those teenagers will be moody French adults, and will need new places in which to shrug and go “bof”.

After which, fingers crossed, they’ll also fancy an almond croissant and a Royal Observatory snow globe. 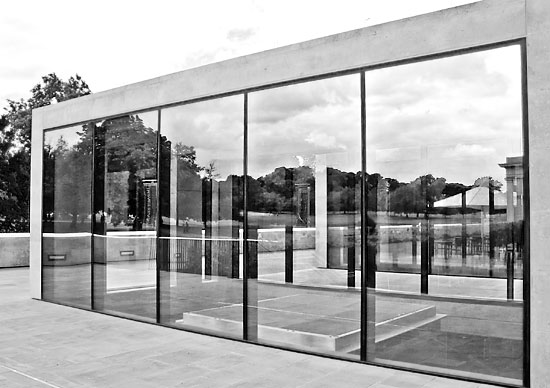 She was far too old for him; and he was far too gay for her; but, that night on the 188, he thought what the hell, and took her dancing.

In much the same way that the Shin-Hotaka Ropeway in Takayama takes those with a head for heights up the third-tallest peak in Japan, London's new cable car will take people from Newham to a car park near North Greenwich station.

Castration deemed not suitable treatment for 4x4 drivers as smallness of genitalia makes operation too fiddly.

A philosophical taxi driver considers whether a pick-up can actually be said to truly "exist" if he doesn't have the postcode for his satnav.

How the removal of bendy buses on route 507 inspired a new TfL competition to redesign the wheel in time for 2012.

How I sacrificed my chance of being published by Canongate on the rough-hewn altar of truth, dignity and acceptable hyphenation practice, with a small digression into how dogless lesbians keep warm in Canadian snowdrifts.

How the National Maritime Museum is providing new opportunities for French people to shrug and go "bof".